A statistical analysis of the gender balance of 22 top international orchestras by Quartz at Work has shown that there are still large gender gaps, which are especially evident in particular instruments.

The article sampled a total of 2,438 full-time musicians from 22 different orchestras. It was found that overall 69% of orchestral players were men, leaving only 761 places for women musicians across all 22 orchestras.

Double bass sections were among the most heavily unbalanced, with 95% of double bassists being men. 70% of cellists, and 65% of viola players were also men. The violin was one of only three orchestral instruments with a higher percentage of women (c.52%). 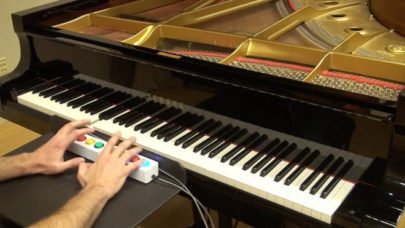 Piano Genie was inspired by Guitar Hero, a game that also simplifies a musical instrument. The Piano Genie team was keen for users to make up their own melodies, rather than tapping along to pre-existing pieces of music.

To create Piano Genie, the team trained an AI program with music from around 1,400 performances from the International Piano-e-Competition – a competition founded with Yamaha, and based in Minnesota.

The result is a system which predicts the notes that should follow each other, letting its users improvise using one button at a time.