11th February 2014: Osmo Vanska calls for Minnesota Orchestra president to stand down and interview with Richard Wheatly, Chairman of JazzFM

This week IMG Artists announced a new partnership with the Sphinx Organization, a non-profit working to transform lives through the power of diversity in the arts.

Osmo Vanska, the famed Minnesota Orchestra conductor who left during the orchestra’s year-long lockout of musicians, hasn’t said whether he’ll return now that the lockout is over. He has, however, said that Orchestra President Michael Henson, who led the organization’s management during the lockout, should step down “For any healing to begin.”

“The best thing we could do for our listeners was to stay in business.” Interview with Richard Wheatly – Chairman of JazzFM

In an exclusive, wide-ranging, seven-part interview, the chairman of JazzFM, the UK’s predominant specialist Jazz station, Richard Wheatly talked us through where the station is, its strategy and where it is headed.

To celebrate the opening of the Hebden Bridge Piano festival a Grand piano will be pulled up some of Yorkshire’s most arduous hills by a bicycle.

Contemporary Youth Orchestra to use Google Glass to live-stream concert

Google Glass, a tiny computer attached to a head-mounted device that can communicate with the Internet via natural language voice commands, will be worn by Liza Grossman, music director of the Contemporary Youth Orchestra (Ohio) during a Rock the Orchestra concert which will also feature Ben Folds. 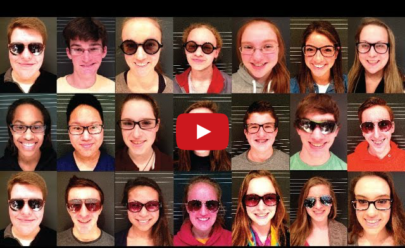