Deal with it, parents: Violin lessons are pointless

Parents who drag their children through music and dance lessons in order to give them skills for life, are wasting their time says Mark Oppenheimer. Such lessons are pointless – but that needn’t be a bad thing

Abbie Conant didn’t anticipate that taking a job with the Munich Philharmonic would also mean entering a 13-year legal battle for human rights. But while she expressed discomfort at the term “trailblazer,” she said progress is sometimes just a matter of responding to daily injustices.

A human piano made up of opera singers has taken Quebec by storm at the city’s Festival d’Opéra. Members of the public were encourage to join in and test out the human piano by standing on the keys. Each key on the piano was represented by a different opera singer, each one assigned a specific note.

Smith-Magenis Syndrome: Plight of boy who cries to music

The family of a boy who has a condition that makes him cry when he hears music hope raising awareness about him will make people more understanding. Certain music, such as classical or love songs, make Louis, 9, cry because they release emotions in his brain.

Regulations for teaching music are included in the new national curriculum for state primary and secondary schools in England, which was published on 11 September and comes into force in September 2014. The new music curriculum reflects the rigorous, perhaps old-fashioned, approach to academic standards of Michael Gove. 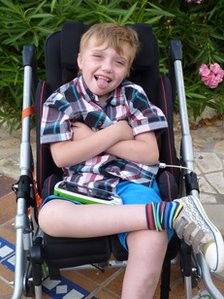