Yesterday on BBC Radio 3’s In Tune, it was announced that Raymond Yiu’s Les Etoiles au Front has been shortlisted for the Chamber Category of this year’s British Composer Awards. Set up by the British Academy of Songwriters, Composers and Authors, the British Composers Awards celebrate the art of contemporary music composition, of composers living and working in the UK.

The piece is scored for clarinet, accordion and string trio. Inspired by French writer Raymond Roussel’s Comment j’ai écrit certains de mes livres, Yiu uses the image of ‘stars on the forehead’ (or a single star, as in Roussel’s original), and uses material from musical sources depicting stars in his piece; such as La Vocation from Satie’s Le fils de étoiles, Reynaldo Hahn’s Les étoiles, and March of the Volunteers by Nie Er.

Les Étoiles au Front was commissioned by the CHROMA Ensemble to celebrate its 15th anniversary, at Kings Place on 20th February, and is affectionately dedicated to the players for whom it was written. 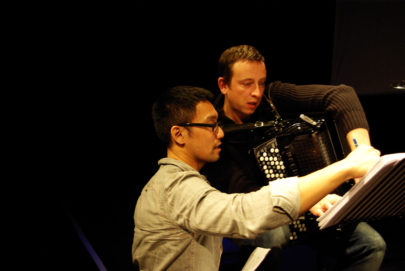 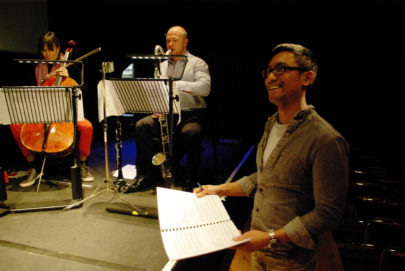