Women in classical music are not successful because of their looks, Nicola Benedetti says, as she admits the idea that ‘sex sells’ “really p—– me off.”

Fans including Nobel prizewinner JM Coetzee petition to buy site where composer lived in his 20s – currently in use as a car park.

Special prices for students mark an opening night ‘dedicated to the next generation.’

A new scientific study has reportedly managed to grow an ear on the back of a mouse that has what is believed to be the same DNA as Ludwig Van Beethoven.

As a result of regulatory pressure, the Choir of King’s College Cambridge is to stop using boy trebles, it was announced today.

Bachtrack: @bachtrack “What are your favourite classical music festival memories? Share them and you could win tickets! http://ow.ly/v7JmU”

The Forge: @TheForgeCamden “The Royal Academy of Music present their Composers Platform at The Forge tonight – hear original works from… http://fb.me/2IdVWgJtw”

London Symphony Orchestra at St Lukes: @lsostlukes “Back in 2012 we decided to share our space, resources & musicians with emerging composers – and @lsosoundhub was born http://bit.ly/1dJR1NK” 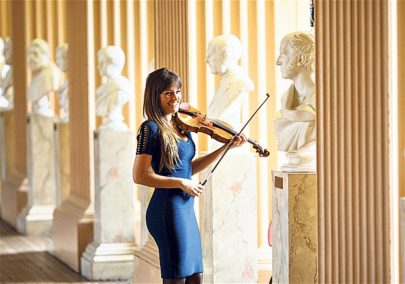