Classical music breaks out and joins the youth underground

Brahms is a prickly composer – but a powerful one

This shows the Brahms “problem” never goes away, which is why the BBC Radio 3 focus on his music next week is welcome.

Impersonator Marc Martel has recorded a duet featuring two of his idols, opera star Luciano Pavarotti and Queen vocalist Freddie Mercury, taking on both roles himself in one single take.

After four weeks of a lockout with no negotiations, the management and the musicians of the Atlanta Symphony Orchestra have agreed to federal mediation.

The plight of a group of Syrian refugees and Mozart comic opera don’t obviously have a lot in common, but the two are being jointly brought to the stage in Germany on Sunday in a special adaptation of Cosi Fan Tutte.

It was a moment that many at Powell Symphony Hall did not expect.

Gramophone ‏@GramophoneMag: Yesterday was the anniversary of the premiere of #Gluck‘s opera, ‘Orfeo ed Euridice’. Read our review: http://bit.ly/Z86xMq 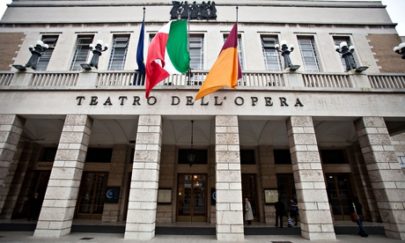