The chief executive of the Royal Albert Hall said the institution is “not just a venue for classical music” as icons of its history were honoured. Plaques commemorating major names that shaped the history of the venue have been installed around the London concert hall.

Among those honoured are Queen Victoria, who laid the foundation stone in 1867, Sir Winston Churchill, who has made 16 appearances at the hall, and a number of classical and popular musicians, such as Eric Clapton CBE and Dame Shirley Bassey.

This morning, we unveiled the first Stars that celebrate eleven of the most important names from our stellar history – ahead of the 150th anniversary of the Hall #RAH150.
Learn more about the Royal Albert Hall Stars ⭐: https://t.co/QKKWGjYTzP pic.twitter.com/gc26LERHNi

BBC Radio 3 to include dedicated ‘slow radio’ offering in autumn

The sounds of Irish cattle being blessed by a priest, the tick-tocking of one of the largest collection of clocks in the UK and the animal sounds of a zoo at dusk are to be highlights of a regular BBC Radio 3 series.

The 30-minute programmes will include sounds from the Burren cattle blessing, a revival of an annual ritual in County Clare; Durham cathedral in the evening; and the tolling, chiming, ticking and pealing from a huge collection of clocks.

Plans have also been announced for the station to mark the 100th anniversary of the first world war with a series of “sonic memorials”.

There will also be recording from modern battles including the frontline in Helmand province in Afghanistan and the site of the Halabja chemical attack, which happened during the last days of the Iran-Iraq war in 1988.

The sounds will be broadcast every hour on the hour, on 11 November, apart from the normal minute of silence at 11am.

The awards for the best in British independent music acknowledged a wide-ranging series of names, from Goldie to Idles and Sophie. 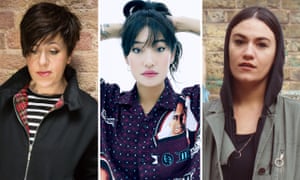 Thorn was presented with the outstanding contribution to music prize, for a career that has featured major chart hits with duo Everything But the Girl, as well as solo work including this year’s album Record. Another award for an entire career’s work, the Pioneer award, was presented to drum’n’bass star Goldie.

The best album prize went to Nadine Shah for Holiday Destination, her searing survey of the Syrian refugee experience and other contemporary political crises – she is also up for next week’s Mercury prize. Best track meanwhile went to Korean dance producer Peggy Gou, for her disco track It Makes You Forget (Itgehane).

16,000 spectators attended the 48 concerts of the Mitteldeutsche Rundfunk festivals, which took place across Germany. 14 of these were completely sold out, with Mnozil Brass attracting a crowd of 800 in Bad Elster.