Cellist’s latest publicly-shared numbers reveal 92% of her income still comes from sales rather than streams.

Christian Curnyn: too hot to Handel

He’s putting the shock into the baroque – and he couldn’t care less about all the outrage he’s causing. Maverick conductor Christian Curnyn says why sex, swearing and Stratocasters are just what early opera needs.

The latest digital audio recording technology has helped an unsigned London-based band hook up with one of the world’s most famous producers in California – even though they were 5,500 miles apart.

Where has the British classical music talent gone?

There are no homegrown soloists at this year’s Yehudi Menuhin Violin Competition. Jessica Duchen claims a worrying trend.

Disney in bid to highlight its contribution to the UK

Corporate and public affairs agencies have lined up for a brief from US entertainment giant Disney that involves persuading the British media of the significance of its contribution to the UK.

Global online gambling powerhouse PokerStars has brought in W as it seeks to attract new players by forging stronger links with the arts, PRWeek understands. 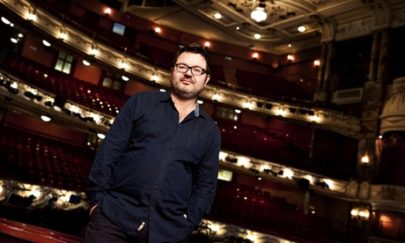