When instruments are left unclean, musicians can develop ‘saxophone lung,’ a disease with symptoms including persistent coughing and wheezing.

The Government’s decision to repeal current National Insurance regulations for self-employed musicians and entertainers has been welcomed by the Association of British Orchestras and the Musicians’ Union.

Recent books are speculating about what the characters would do after the opera’s narrative ends, Anthony Tommasini weighs in on opera what-ifs.

Valery Gergiev interview: ‘Berlioz inspired me long before I ever dreamed I would conduct’

The Russian conductor Valery Gergiev’s Berlioz season has been marked by protests. Ahead of the Barbican series – and the current controversy – he spoke about the passion he feels for the French composer’s work.

Llandaff Cathedral in Cardiff is considering proposals to cut seven jobs in its music department in an effort to cut down a projected deficit of £81,000.

People in the UK are more likely to have been to see an opera, dance or ballet performance in the last 12 months than people in Germany or Italy.

Yamaha Pianos have published the first batch in a series of exclusive ‘In conversation with…’ online videos featuring leading pianists and technicians. 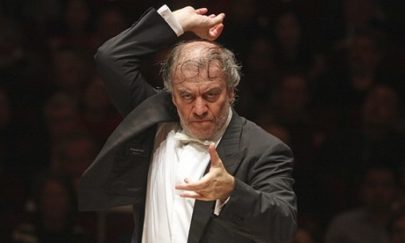