Silent Opera blog their way through rehearsals for L’Orfeo

Ahead of their opening night on January 23rd, Silent Opera have been documenting their progress through a new blog, hosted on Ideas Tap. The week began with Director and Founder Daisy Evans telling of her plans for her upcoming production and how her recent long stay in Berlin affected her vision for Silent Opera.

Following on from Daisy was Louis d’Heudieres, Silent Opera’s Resident Composer, who told of his new and optional ending to L’Orfeo, recounting his process of bringing this ‘new Orfeo’ to life.

Next it was the turn of Designer Katharine Heath to share her secrets of designing the set and costumes, giving some some insight into what she has planned for this spectacular show, as well as some beautiful exclusive design sneak-peeks.

Musical Director Christopher Bucknall then gave insight into how conducting and creatively putting together Silent Opera is different to a more traditional opera.

Read all of their enlightening stories here, with more to come next week. Don’t forget to buy tickets to the incredible show here. 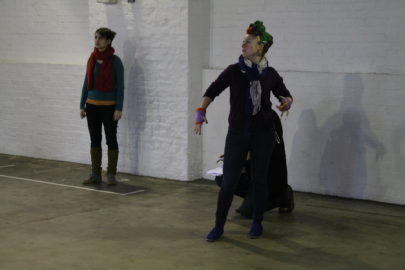