WildKat PR is delighted to share news of our continuing collaboration with pianist Sunwook Kim.

Sunwook Kim is a South Korean pianist living in London. He came to international recognition aged just eighteen, when he won the prestigious Leeds International Piano Competition in 2006, becoming the youngest winner for 40 years. Since then, he has established a reputation as one of the finest pianists of his generation, appearing as a concerto soloist in the subscription series of some of the world’s leading orchestras, including the London Symphony Orchestra (John Eliot Gardiner, Daniel Harding), Berlin Radio Symphony Orchestra (Marek Janowski), and Tokyo Philharmonic. 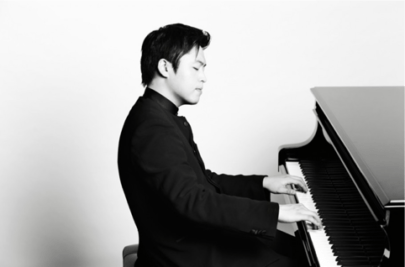 WildKat PR has worked with label Accentus Music for over 5 years. Earlier in 2016, we were asked to promote Sunwook’s second solo album (Franck & Brahms), released on Accentus Music, which was praised for its ‘pristine clarity’ and ‘emotional resonance’ (Gramophone, March 17, 2016). We also launched his Facebook page, and continue to manage his social media channels.

This time around, we are looking forward to promoting Sunwook’s upcoming solo recital in London’s Wigmore Hall on Tuesday 25th October.  His erudite approach to programming will be reflected in works by Mozart, Schubert and Beethoven, charting artistic creativity in Vienna from the arrival of Mozart to the death of Schubert.

At the moment Sunwook is on tour in Japan and South Korea, and prior to his Wigmore recital will perform Tchaikovsky’s 1st Piano Concerto with the Bournemouth Symphony. Keep up to date with all of Sunwook’s news through his Facebook, Twitter, and website.