As Robert Hugill from Planet Hugill said, ‘A car-park is not the most obvious place to hear a concert, but this was no ordinary car park’. This car park belonged to Saatchi & Saatchi’s private pub named ‘The Pregnant Man’!

‘The results had a very powerful and very urban feel to them….The acoustic was remarkably sympathetic, with a large brick wall behind to reflect the sound, and the players seemed entirely un-phased by the unusual nature of the gig.’ It had ‘great energy’ and was a ‘great gig’.

German radio station NDR were present at the concert, interviewing the performers, audience and Sven himself. The hugely enthusiastic Apple Store audience said that:

“A concert in an apple store is a perfect symbiosis of art and merchandise.”

“It is a perfect format to come after work to the store, to listen to 45 minutes of classical music and to return home very elated.”

‘Their style and tempo worked very well. It was really good.”

Sven spoke of his unusual composition process for his album:

“This album is special for me as it is the first time I have composed it entirely in my head, without using an instrument. I usually sit down at the piano or with a guitar and develop a melody, but I realised that the touch and the physics of the instrument meant that it makes suggestions to you and changes the progress of the music dramatically. This time I just took long walks and would wait for the music to develop in my head. Sometimes there would be nothing and then it would just suddenly pop into my head.

It’s free. It’s pure. Only when the music is complete in my head do I write it down. But walking and imagining music is a long process, that’s why it has taken me a year. Sometimes nothing happens and then all of a sudden there’s an idea, like a story that develops.

The idea for Pocket Symphonies was to write twelve songs that capture evening moods – twelve ways of ending the day. And I wanted to use my favourite instrument, the orchestra. This is where the term ‘symphonies’ derives, and ‘pockets’ because they are just small moments; pockets of captured time.” 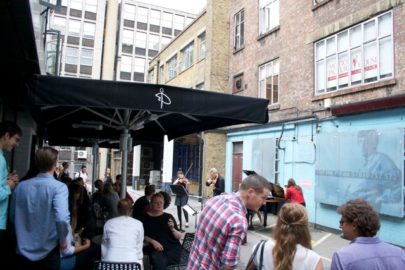 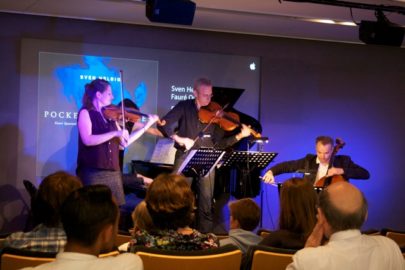