Life from Light, the opera composed in 2012 by Spanish Composer Toni Castells, will run for two performances as part of the 2014 Tête à Tête Festival at Kings Place in London. WildKat PR is delighted to announce that they will be handling PR for this project.

Toni started his musical education at the age of 4, displaying natural musicality and talent across a range of instruments and winning his first composing prize when he was 14. Now based in London, Toni has worked with Spanish pop legend José María Cano, legendary tenor Plácido Domingo, world-renowned conductors Lorin Maazel, Bernard Haitink and Roger Norrington and crossover superstars Hayley Westenra and Noah Stewart. Toni’s following now reaches across 5 continents and his debut album Unharmed was released in 2007 to huge critical acclaim, reaching the top 20 in the iTunes charts.

Life from Light was inspired by the BBC documentary of the same name which explored how life started and developed on planet earth, taking the audience on a journey up to the 21st Century and exploring the meaning of being a human being in the modern world. A fusion of music and stunning visuals, the work explores the human interests of today – love, conflict, our relationship with the planet – and aims to challenge our vision of the world. The work was premiered at Union Chapel in London in 2012 and a live recording was released in 2013. Directed by Jude Christian and designed by Sophie Mosberger with visuals by RCA Artist Thomas Yeomans, artists involved in the production include sopranos Meeta Raval (Welsh National Opera) and Camila Kerslake, counter tenor Oliver Gerrish, X-Factor finalist Roberta Howett, harpist Cristina de Bernardo (HNK Opera and Ballet Theatre) and electronic producer and hacker Adam John Williams. 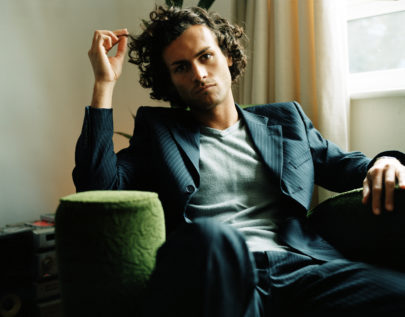