WildKat PR are thrilled to announce that we will be working with Cowbridge Music Festival (CMF)!

The festival, now in its eighth year, will once again take place in the bucolic village of Cowbridge, South Wales, and feature internationally-acclaimed artists and performers. The varied programme of concerts will include performances by The King’s Singers, Jamie Smith’s Mabon, Misha Mullov-Abbado, Veronika Eberle and the festival’s first ever Artist-in-Residence Llŷr Williams. Nicola Benedetti MBE retains her role as patron of CMF, having first performed an unforgettable solo concert in 2011.

The festival’s founders, Mary Elliot-Rose and Sam Edwards, have been welcoming musicians to CMF since 2010. They saw the town, with its picturesque churches and vibrant community, as the perfect setting to showcase the finest chamber, vocal and instrumental music.

CMF places significant emphasis on education and outreach, education and the community, with a range of programmes and accessible activities including an interactive concert for children aged 12 and under, schools’ samba workshops and CMF Chamber Music Seminar .

A full programme can be viewed here. 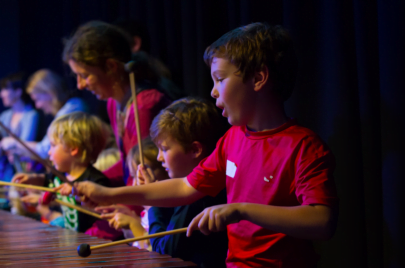