WildKat PR is pleased to welcome classical accordionist Paul Chamberlain to its roster, who will be touring around the UK in 2014 alongside plans to release a new disc.

Although a relatively new instrument on the classical music scene, the classical accordion has enjoyed a steadfast ascent to the forefront of classical music instruments – with credit due to our new client Paul Chamberlain, whose flair and penchant for the instrument has seen him introduce a stellar catalogue of original music as well as transcriptions of many other works to audiences across the UK in a number of performances this year.

He has already performed in various locations around the UK in 2013, where he enjoyed his Bridgewater Hall debut with a solo recital as part of the long established Manchester Mid-Days concert series, and abroad in California. There are also plans to release a new disc and return to California in 2014. Paul’s debut disc ‘The Classical Accordion’ was released in 2011 to great acclaim.

Of the prospect of a new disc and international concert appearances, Paul says, ‘I am excited to be planning a new recording to be released in 2014 which will feature a mixture of solo repertoire along with some ensemble works, the underlying theme of which all relates to the power of music to portray emotion. I am looking forward to being able to bring the classical accordion to new audiences in this series of concerts as the instrument continues to integrate into the classical music scene in the UK.”

Born in Scotland into a musical family – “both my parents were violinists and so I was exposed to a wide range of music while growing up” – Paul was surrounded by music from a young age and went on to discover the world of the classical accordion, instigated by attending a concert given by Professor Oleg Sharov from the Rimsky Korsakov Conservatoire in St Petersburg, and began his studies in classical accordion with renowned Serbian accordionist Djordjie Gajic privately before moving on Royal Conservatoire of Scotland, where he was one of the first classical accordionists to graduate from the BMus (Hons) course. 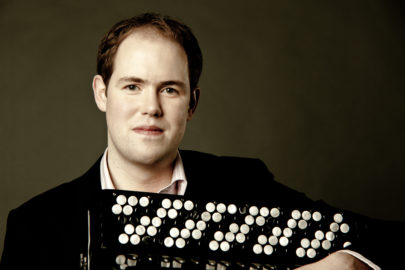