WildKat PR is proud to announce David Finckel and Wu Han as new clients. As a very celebrated pairing in the classical music industry, David and Wu Han have been praised as chamber musicians, soloists, entrepreneurs and artistic directors.

Cellist David and pianist Wu Han were recently chosen by Musical America as their 2012 Musicians of the Year, honouring their work as great performers and their important contributions as artistic directors to organisations such as the Lincoln Centre and Music@Menlo, their own festival in California, USA. In the late 1990s David and Wu Han also founded ArtistLed, the first internet based classical music record label, run by musicians.

Upcoming engagements for the duo include: this year’s Music@Menlo festival from the 18th July to the 10th of August, which celebrates the work of J.S. Bach. David Finckel is also performing his last season with the Emerson String Quartet, with whom he has played with for decades.

WildKat PR will be working with David and Wu Han on their projects and press in the UK and across Europe. 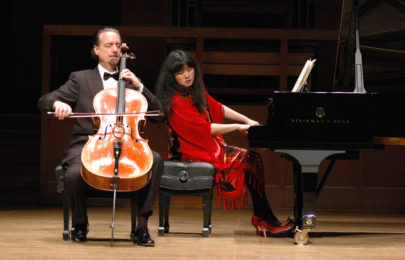