WildKat PR is delighted to introduce our newest client Anneleen Lenaerts. The 28 year old Belgian harpist is making  a name for herself as one of the leading soloists on her instrument. Since December 2010, Anneleen has been the Principal Harpist of the Vienna Philharmonic. With her Album ‘Harp Concertos’, she presents a 2015 remastering of fellow Belgian composer, Joseph Jongen’s music. Anneleen has also released two other CDs, ‘Chopin&Liszt’ and a collaboration with oboist Karel Schoofs. She furthermore collaborated with last season’s raising star clarinetist Dionysis Grammenos.

From an early age she started winning an impressive array of prizes, namely 17 prizes between 1997 and 2009, of which the “Grand Prix International Lily Laskine” and the ARD International Music Competition in Munich are particularly outstanding. Since then, she has played in many high-profile venues all over the world, including Wigmore Hall in London and the Festspielhaus in Salzburg.

Whilst the romantic lyricism of these works is closely associated with the qualities of the harp, it is her virtuosity which gains particular attraction, thanks to Anneleen Lenaerts’ skill and articulation. Highly praised by critics, she is known for her impressive technical ability, her precise playing, variety of tone and excellent musical phrasing. This year she will be touring the USA as well as Germany, Austria and Belgium. 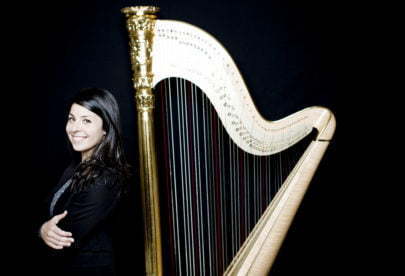 United Kingdom Chopin Welcome Liszt Vienna Philharmonic Belgium Harp Wiener Philharmoniker Harpist Anneleen Lenaerts ARD International Music Competition In Munich Grand Prix International Lily Laskine Karel Schoofs
We use cookies to ensure that we give you the best experience on our website. If you continue to use this site we will assume that you accept the cookies policy.OK