Ashia Bison Rouge is a Polish born, American raised composer, cello player and singer, who lives in Berlin. She is a citizen of the world and so is her music.  Combining elements from Jazz, Pop, classical music and ambient sounds, she creates what she calls a ‘Song Archipelego’.

WildKat will be working with her to promote her concert at Körnerpark, Berlin on October 22nd. 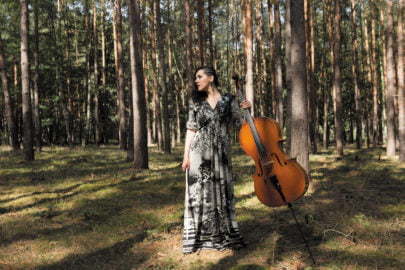 One could say that there are only so many ways to play an instrument, but Ashia is a virtuoso, bending what is supposed to be the sound and the use of the cello. Combine that with her powerful and soul soaked voice and you get the most beautiful compositions you could have ever wished for. Playing all over Europe and the US, Ashia has performed with the Salem Chamber Orchestra in Salem, Oregon, the Cirque du Soleil and as a soloist at Kater Blau in Berlin.

On October 22nd, Ashia will perform at Körnerpark Neukölln, which is, according to blogs and word-of-mouth, probably one of the best places in Berlin right now. For an exciting artist such as Ashia, it is just the perfect spot. She will perform her own songs and compositions, as well as some extraordinary covers. She will once again be her own one-woman-cello and orchestra. She will once again be her own band. She will be Ashia Bison Rouge at her best. 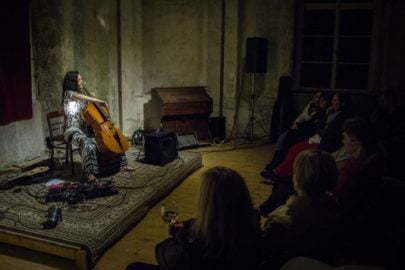 We are more than happy to support Ashia for her concert at the Körnerpark Neukölln. And since the concert is free, all we can do is recommend to be there early for a great show!