Kristjan Järvi is known for his innovative music programming and remarkable visions for multi-genre collaborations. One of his most important projects is The Sound Experience, where he brings together ideas, people, emotions, cultures and nature through music in order to create a completely new concert experience. One of the orchestras he has initiated this concept with is the modern Baltic Sea Philharmonic. During their Baltic Sea Discovery Tour, taking part from 15th-24th September they will bring their ideas to a wide audience. Kristjan also realises his pioneering ideas as Music Director of the MDR Leipzig Radio Symphony Orchestra, the Gstaad Festival Orchestra, and as Founder-Conductor of his New York-based classical-hip-hop-jazz group Absolute Ensemble. 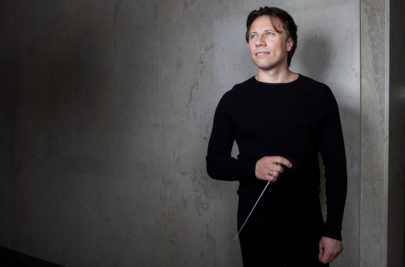 Kristjan was born in Estonia and emigrated to the United States as a child. He grew up in New York City and graduated from Manhattan School of Music as a pianist followed by conducting studies at the University of Michigan. Since 2016 he is official member of the Estonian Olympic committee, being the first non-sport or government official taking this position.

WildKat PR is very much looking forward to working with Kristjan Järvi to promote the 2016 tour, as well as some concerts with Steve Reich and the Regular Crisis festival in October. In addition to that, we will assist in promoting his two upcoming CD releases “Wagner, The Ring” and “Steve Reich, Duet”.