WildKat PR is delighted to welcome Nathan Williamson to its client roster.

Nathan Williamson is an accomplished musician in a number of fields: as a specialist pianist playing at the very highest level, a skilled composer with a plethora of exciting projects and commissions, a scholar and learned communicator, as well as an artistic director, collaborator, and conductor. Nathan is working towards a large number of diverse projects and concerts, including performances at St James’s Piccadilly on 21st March, the Southwold Arts Festival, and at Harwich Festival.

Alongside recent appearances at the Wigmore Hall, Purcell Room, St John’s Smith Square, and LSO St Luke’s, Nathan has performed in many European countries, including at prestigious venues such as the Amsterdam Concertgebouw, Palais du Residence, De Doelen, the Lucerne and Bolzano Festivals, as well as in Korea, Canada, and the USA.

Nathan’s debut CD, of piano works by Schubert and Brahms, was released last year. In his review Bryce Morrison said: “There are few recordings of these works that equal this. The artist’s technique and pianistic command allows him an ideal musical freedom. The effect is of intense commitment and an ultimate sense of poetry.”

WildKat PR will be working with Nathan to promote his forthcoming performances, concerts and recitals in all his capacities, particularly as a pianist and composer. To see more about Nathan Williamson, take a look at his website, and you can follow him on Twitter. 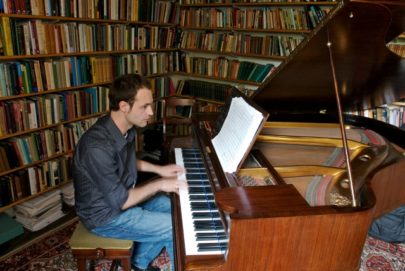