Last night, WildKat PR attended ‘Shape-shifting: Classical Music in the Media’ an event organised by YPIA (young people in the arts), an organisation which aims to provide regular networking opportunities for young people working in the arts. Last night’s panel discussion focussed on the changing ways in which audiences consume classical music beyond the concert platform and explored the evolving media through which the genre is promoted and developed in the age of the Internet. The four inspirational panellists were John Bridcut, Steve Long, Ben Pateman and Hannah Taylor.

The event achieved its aim of attracting a notably young audience. The panellists agreed that the classical music industry has changed remarkably in the last twenty years – improved recording technology has made it far easier and cheaper for people to make recordings, therefore reducing the label market. It is also harder for musicians to make money; they are having to look to alternate ways of making a living including teaching and outreach.

Despite this, there was a consensus amongst the panellists and audience that live music is alive and well, compared to the deteriorating recording industry. Where there is diminishing classical music audiences, it is not the fault of the music but perceptions of the audience – in the UK classical music is seen as a kind of club for the elder and elite; the ‘rules’ of a concert often put newcomers off. This was compared to Berlin where a speaker had attended a concert packed with young people where audiences were allowed come and go, drink beer and check their phones; and San Francisco, where the city orchestra has a twitter zone where audiences can tweet about the performance uninterrupted. It was pointed out that audiences vary widely between types of performance: ballet audiences are often younger and in their 20s, whereas opera audiences are much older.

“What is wrong with opera?”
“Where can we begin!?”

The speakers encouraged young artists, agents and PR managers in the audience to make use of new technologies availabel to promote themselves and in turn keep the industry moving. Social media is very accessible, youtube was highly recommended by the panel – anyone can build up a following over time. The Aurora orchestra and composer Eric Whitacre were given as examples of social media-savvy members of the classical music industry.

The speakers were all extremely well-informed in their fields and successfully engaged their young audience. WildKat PR wishes YPIA well with their event series – you can join them for networking drinks on April 9th. 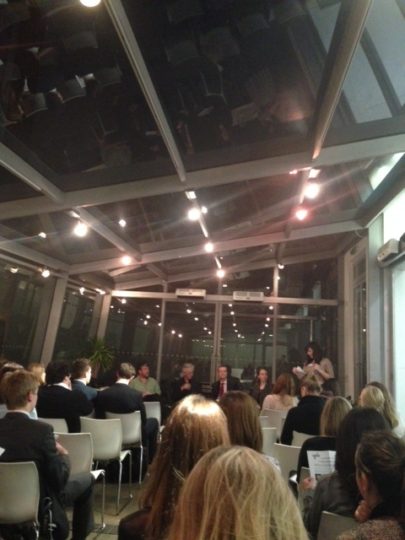