Polish musician caught a member of the audience filming him on a mobile phone when he was performing in Essen, German.

Liz Forgan: The City’s wealth is not reaching the arts

Liz Forgan, former head of the Arts Council, asks why our hedge fund managers – unlike Russian oligarchs – are not supporting their culture.

Why Benjamin Britten’s Peter Grimes is the greatest British opera

Almost 70 years after its premiere, Benjamin Britten’s Peter Grimes is getting its first production in the town in which it is set and where Britten lived for most of his life.

Stations in France are allowing passengers to choose the music, preferring classical pieces over other genres in the hope they might deter gangs of youths. 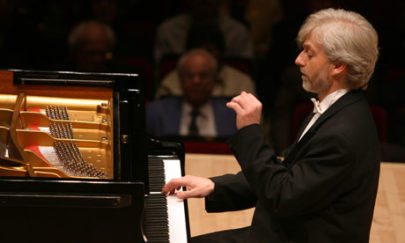