Citing ill health, Italian conductor Claudio Abbado has canceled plans for a series of concerts in Japan with the Lucerne Festival Orchestra — including one at an inflatable concert hall in Matsushima that was to be dedicated to a region recovering from the 2011 earthquake.

Author of  Brokeback Mountain will turn her short story into the libretto for Charles Wuorinen’s opera.

Playing Prokofiev is a Pain:  The Physical Toll of Being a Musician

A new study from Australia finds working as an orchestral musician takes an intense physical toll.  It reports 84% of professional orchestral musicians in that nation have experienced “performance-impairing pain” at some point, and 50% were experiencing symptoms at the time of the survey.

Does music in the workplace help or hinder?

Police in England and Wales paid £660,952 for licences so staff could listen to music in offices in the past year, a Freedom of Information request has revealed. But does music played at work help or hinder employees, asks Vanessa Barford.

Choirboy is the youngest person to be signed by the Decca label who turned down the Beatles and will release his debut album in November.

Sir Simon Rattle’s performance as he conducted Mr Bean and the London Symphony Orchestra at the Opening Ceremony of the London Games last year may be a hint of things to come after he steps down from the Berlin Philharmonic in 2017.

A hot dog salesman in Kansas who is famous for his unique opera-singing style of salesmanship has been sacked.

“Hitchcock only finishes a picture 60 per cent,” the composer Bernard Herrmann liked to say. “I have to finish it for him.” As the BBC begins its Sound of the Cinema season, Sean Macaulay celebrates the fine art of the film composer. 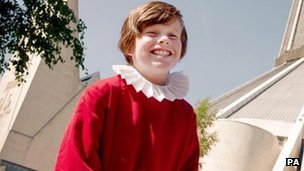