Schubert (1797 – 1828) wrote over 600 Lieder, some of which became immediately popular, whilst others remained unknown until after his death.

Throughout the nineteenth and early twentieth centuries, composers including Schumann, Brahms, Wolf and Richard Strauss also wrote Lieder, and they all acknowledged Schubert as the pioneer of the form. Unfortunately, Goethe (1749-1832) never opened a package of Schubert’s Lieder, which was sent to him in 1816. Had he done so, Schubert would probably have become well known further afield while he was still alive.

Schubert set to music the works of a wide range of poets and Goethe in particular was a constant inspiration. Goethe had a special interest in the relationship between poetry and music; to him, music was essential. In a letter from 1822, he wrote: “He who does not love music does not deserve to be called a human being; he who merely loves it is only half a human being; but he who makes music is a whole human being.” The musicality of his poetry attracted many composers.

Here are some of Schubert – Goethe’s most famous compositions.

Gretchen am Spinnrade (Gretchen at the Spinning Wheel): written when Schubert was just 17 years old. The music is set to a text from Goethe’s Faust, in which Gretchen is anxious about her love for Faust, whom she barely knows. This is Schubert’s first setting of a text by Goethe. 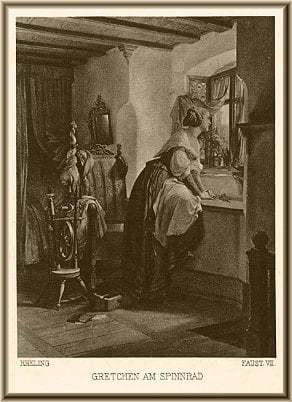 Heidenroeslein (Wild Rose): this is a very sweet piece, and you can hear elements of German folk song which, along with a sense of unaffected simplicity and closeness to nature, were important for composers of Lieder. 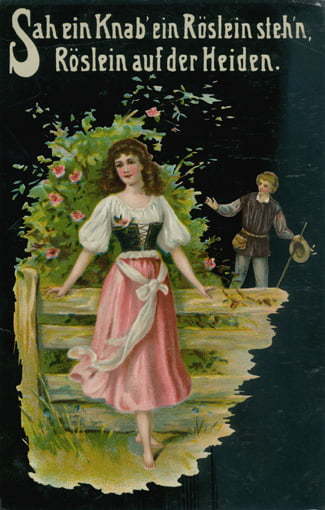 Der Erlkoenig (The Erlking): this was the first of Schubert’s works to be published. The text tells a dark tale of the death of a young boy who encounters a supernatural being. Schubert uses different vocal ranges, as one singer unusually plays all four characters. 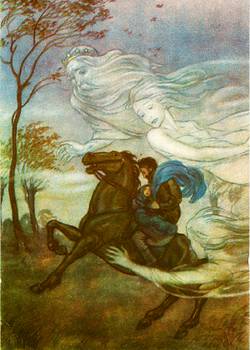 Goethe measured the success of a Lied by whether the meaning of the text had been produced in musical form. In his renditions, Schubert unites his music with Goethe’s words successfully, just as Goethe would have wished.