Rachmaninov manuscript goes under the hammer, James Levine beats paralysis, and Handel’s gift to the poor of London

Sergei Rachmaninov symphony manuscript to go under the hammer

Sotheby’s estimates 320-page document detailing composer’s second symphony will fetch up to £1.5m at auction in May

James Levine: ‘I doubted I’d ever make it back’

America’s greatest conductor, the Metropolitan’s James Levine, tells John Allison how he beat paralysis to return to the podium – in a wheelchair

The Messiah: Handel’s gift to the poor of London

The British cello star picked up the award from the Incorporated Society of Musicians (ISM) in partnership with Classic FM at the ISM conference in Birmingham Conservatoire this afternoon.

Classic FM: @ClassicFM  Great story from Neville Marriner – the perfect recording that never was. Coming up my Album of the Week johnsuchet1 pic.twitter.com/wxl36W8T0o 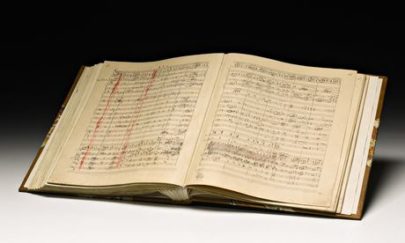