The live streaming of operas has really taken off and this week Wigmore Hall  announced that it’s first online streamed event will take place on 28 January.  Opera Platform has partnerships with 15 theatres across Europe and Cultural broadcaster ARTE links the opera houses with the platform, offering subtitles in six languages. According to The Strad  up to one Wigmore Hall concert a month might be made available online and free of charge. 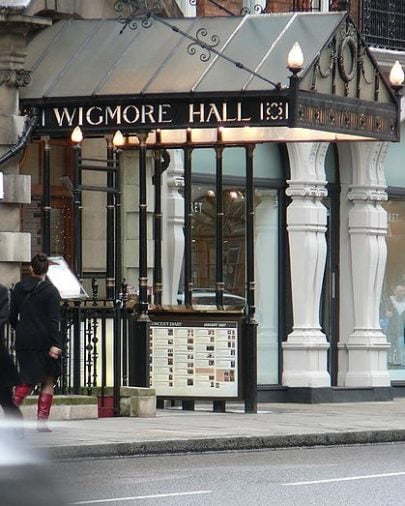 Streaming live operas and concerts is a great idea but is it the way forward for classical music and opera in terms of expanding audiences and benefiting the companies? The option of seeing opera at the cinema probably suits older audiences in many ways; in the cinema one faces the screen avoiding craning necks and the majority of people live closer to a cinema than to a theatre. Indeed, hotel and travel costs to a concert/opera (particularly in London) can amount to more than the price of the tickets themselves. Furthermore cinema and online audiences need not feel pressured to dress up.

Another advantage of concert/opera streaming is that we get to see the performers close up and focus on every detail including their facial expressions. Perhaps this makes it harder for the performers as they can be scrutinised more closely than they are in the theatre, forcing them to pay even greater attention to their acting (in the case of opera). Live streaming offers the audience many different views of the stage and backstage interviews during the interval are another bonus. 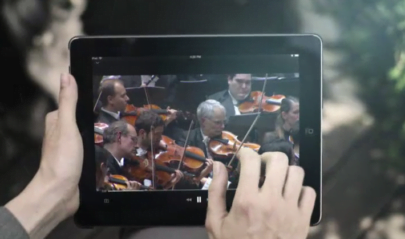 The New York Met’s Live in Schools programme brings opera productions to students through screenings at their local cinemas. Educator guides and classroom resources are also on offer, The Met aims to “make opera first accessible, then thrilling, to their students.” Might British opera companies and concert halls follow this lead?

Whilst Wigmore Hall‘s online concert streams will be free, cinema screenings of opera certainly make financial sense for the companies, as tickets cost much the same as the cheapest seats at theatres.  The local cinema lacks the glamour and excitement of Royal Opera House but it’s probably more practical. One might ask whether the option of seeing an opera or concert at the cinema or online decreases the number attending the actual performance. However the two are completely different experiences and one cannot replace the other. The possibility of going to a cinema screening or streaming a concert online is an extra, yet very worthwhile experience. Certainly Wigmore Hall‘s ‘digital concert hall’ will make their concerts very accessible worldwide and no doubt performances from Berlin’s Armida Quartet, soprano Anna Lucia Richter with pianist Michael Gees, and baritone Andrè Schuen with pianist Daniel Heide on 28 January will attract large online audiences.